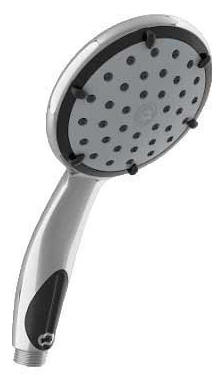 If you have read any sort of Caravan magazine over the last few months, you cannot have failed to see adverts for the EcoCamel shower head. Last year Steve Robinson bought one and kept telling me how good it was, but I was not very interested, until at the end of December, when I decided to buy one. Which magazine has recently done a short report on this type of showerhead and the EcoCamel did well. There was one that did better as it saved more water. They did pick out two faults with the EcoCamel, it is noisy and it “leaks” water. The benefits are that these head use less water (good for caravanners) and yet provides a better “feel” and bigger spray area, as they mix air with the water. It feels almost as if it is a shower head is using more water.

I installed the new head in January, and immediately found for myself one of the Which identified snags (they had not produced their report then, so I did not know about it). Having fitted the head, I was filling up the water system ready for using the caravan, and I like to make sure all of the air is out of the system to stop the pump cutting in and out. For the shower, I put the shower head in to the sink and run off the air and a little water, and then immediately after turning it off got water all over Frances nice clean carpet that was clean and ready for going away! That is because there is a hole where the air is sucked in, and it lets water out when you turn off the tap. In use, it is a problem, in fact it has a slight advantage. When you have finished showering, you want the head to be empty, so that water does not drip out when you are travelling. This means that immediately after a shower the head drains itself automatically.   The other negative is that it is a bit noisy, as it sucks in the air to aerate the shower spray, but it is not too obtrusive.

Does it work? I have to say, that despite Steve’s glowing reports, I was very skeptical. In reality, I like it. You get a bigger area of spray, helping to rinse off the soap, and it does seem to use less water. So, would I go back – No. They cost £29.50, but they do produce a noticeable improvement. If you want to know where to get one from, then look in any caravan magazine!